I have a confession to make.

For all my ‘well-read-ness,’ I haven’t read the first word of any (and I don’t even know how many there are) of the Harry Potter series. I know, shoot me dead.
First, my defense. I don’t ‘do’ science fiction, fantasy or any of the witch genres. I don’t typically like it in literature; I don’t watch it on big screen or small screen. I did read the Narnia series and The Hobbit when I was young, and I did really like those then, but part of what I really like about them was the Christian allegory. (And yes, when you’re raised by my mom you know what allegory is when you’re ten. Someday I’ll tell you how/where I learned to read.)
But here’s where my guilt lies. The Potter books are a cultural icon… of READING. Did I not spend 5 1/2 years getting the education and another 5 years in an actual classroom trying to inspire kids to love the act of reading? If these books can encourage hundreds, thousands of kids to camp out waiting for a midnight release and then stay up all night reading straight through to the end, how can I not have at least tasted the supposed elixir? A related and equally guilt-inducing fact: my nephew was reading one of them last Christmas. It was a big book – like 600+ pages, I’m thinking. And he was 7. 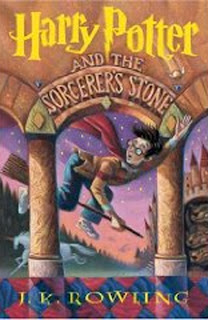 I’ve read some – mostly early on – criticism of the books because evidently they were being compared with Lewis’ Narnia series, but in the Potter books Harry uses some less than ethical methods to achieve his means – lying, cheating, stealing, that sort of thing. I really can’t comment on that because I haven’t read them. However, in these later years, I haven’t heard any of that…and maybe that’s because the critics realize the end justifies the means. If we can get a whole generation of kids reading, can we maybe handle the content with good parental discussions?
Well, I’ve decided to rectify my lack of exposure by picking up Harry Potter and the Sorcerer’s Stone as a book on tape. I figure this is as good a way as any to get me started. I’m on disk three of eight, and so far, not so bad. I’ll keep you posted.
Oh, and just for the record, I haven’t read any of the Twilight series either.

8 Replies to “A Confession”