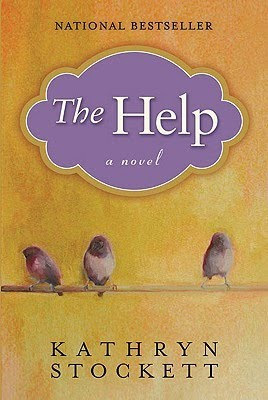 Kathryn Stockett’s debut novel, The Help, is in the voice of three narrators – a young twenty-something progressive white girl and two black housekeepers. It is a story of Jackson, Mississippi, in the early 1960’s. Miss Skeeter – the white woman – sets out to write a book about the lives of black “domestics” – those who keep house for whites and raise their children in the process. Aibileen and Minny are the other two voices, and they help Skeeter with her book.

Miss Skeeter’s goal in writing the book is not only to show the abuse and inhumane treatment of blacks at the hands of whites, but also to show where true kindness and love exist between them. She says, “For women to realize, ‘We are just two people. Not that much separates us.'”
The motivation for Stockett’s book comes from her own life and the domestic housekeeper her family had – Demetrie. For this reason, it is a courageous book. Stockett admits – and I think she is right – it is quite presumptuous for a white woman to think that she can tell the tale of a black woman in the 60s. And similarly, I think it is just as presumptuous for me to judge how well she accomplished her task. So I won’t try.
What I can say is that it is a good story and a noble purpose. She does a good job – I think – with dialect, but I do wish that the voices of Minny and Aibileen were more distinguishable. Other than the headings and knowing which ‘missus’ was being seen to, you couldn’t really tell them apart.
But all three of her main characters – as well as several of the other minor folks – are very memorable. Aibileen and Minny are fairly well developed, and while Miss Skeeter lacks ’roundness’ (a fault I feel is directly related to her obvious similarities with the author), she too will stick with a reader.
It is a worthwhile read, and probably worthy of the acclaim it has been receiving. However, it would have been just as successful and a more appropriately paced novel had it been 100 pages shorter.